I'm usually choked up at homecomings. The build up to this homecoming was more than the homecoming itself. But it was a homecoming no less and it's always sweet to see families reunited!! 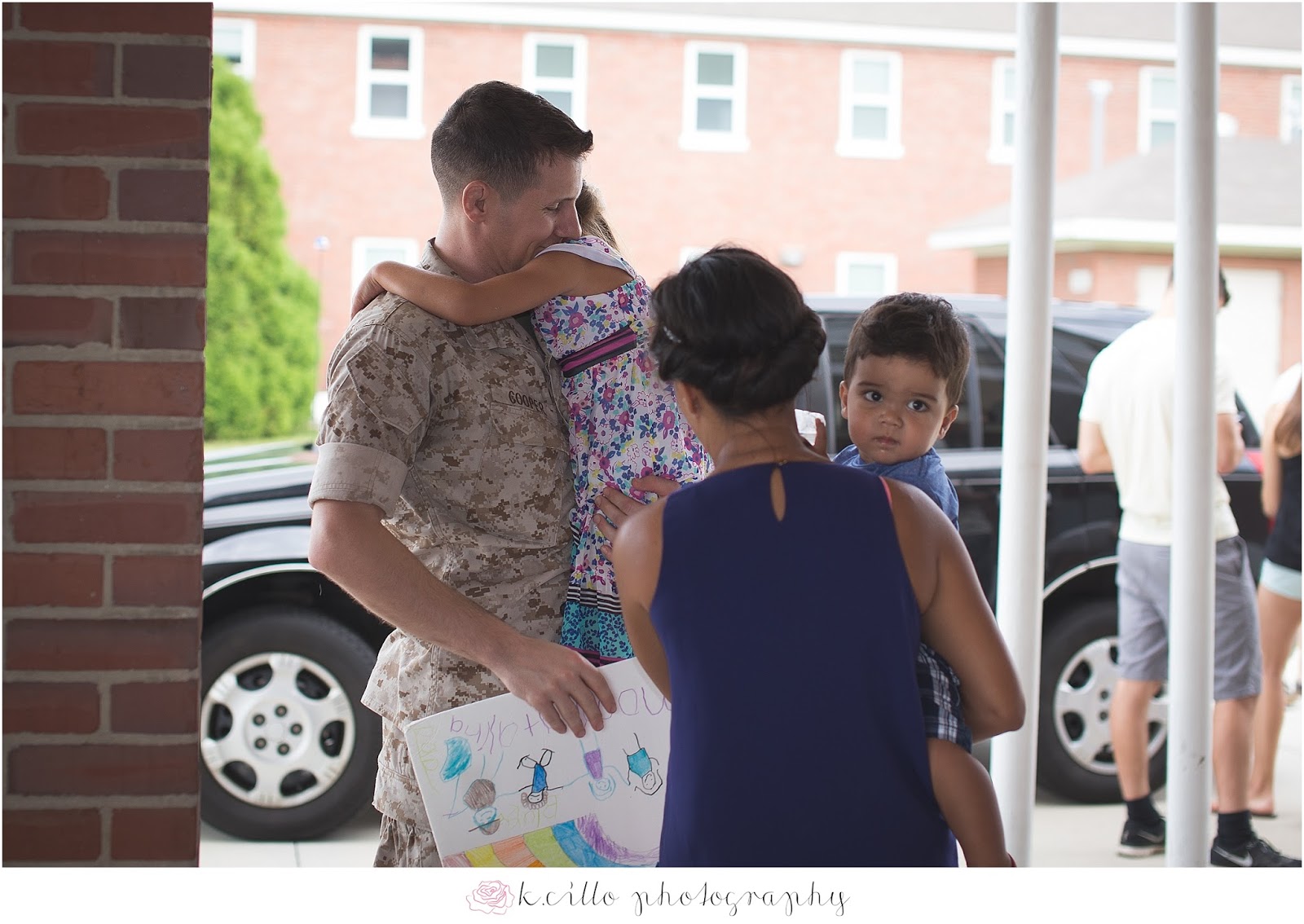 The day started with pouring rain. I've learned in my few months here at Lejeune that it just doesn't rain, it flat out POURS. And it did ALL DAY. Rain, thunder, giant puddles out front. I was getting nervous because it either meant we would be getting soaked waiting or it would be inside (and let's face it pictures are just prettier outside!).

So the plan was for me to wait to hear my Mrs. C, after she heard from her husband. Well it was creeping up on the time we planned to meet and we hadn't heard anything from her Marine. Cue my anxiety!! Between the uncertainty of the homecoming itself and having an 8 month old at home who needed to be watched by someone I was going crazy! (Thank goodness for awesome, understanding neighbors who were willing to hang out with EB while I did the shoot!) Anyway, she decided to drive over to the homecoming location and see if she could find anything out. NOTHING. AHH!! We were both kind of like, "ok now what!?"

Well she ended up hearing from her husband, FINALLY. And thankfully! He gave us the low down and we had a time! I met her at the correct location and I think we waited a whopping 15 minutes before the buses showed up! 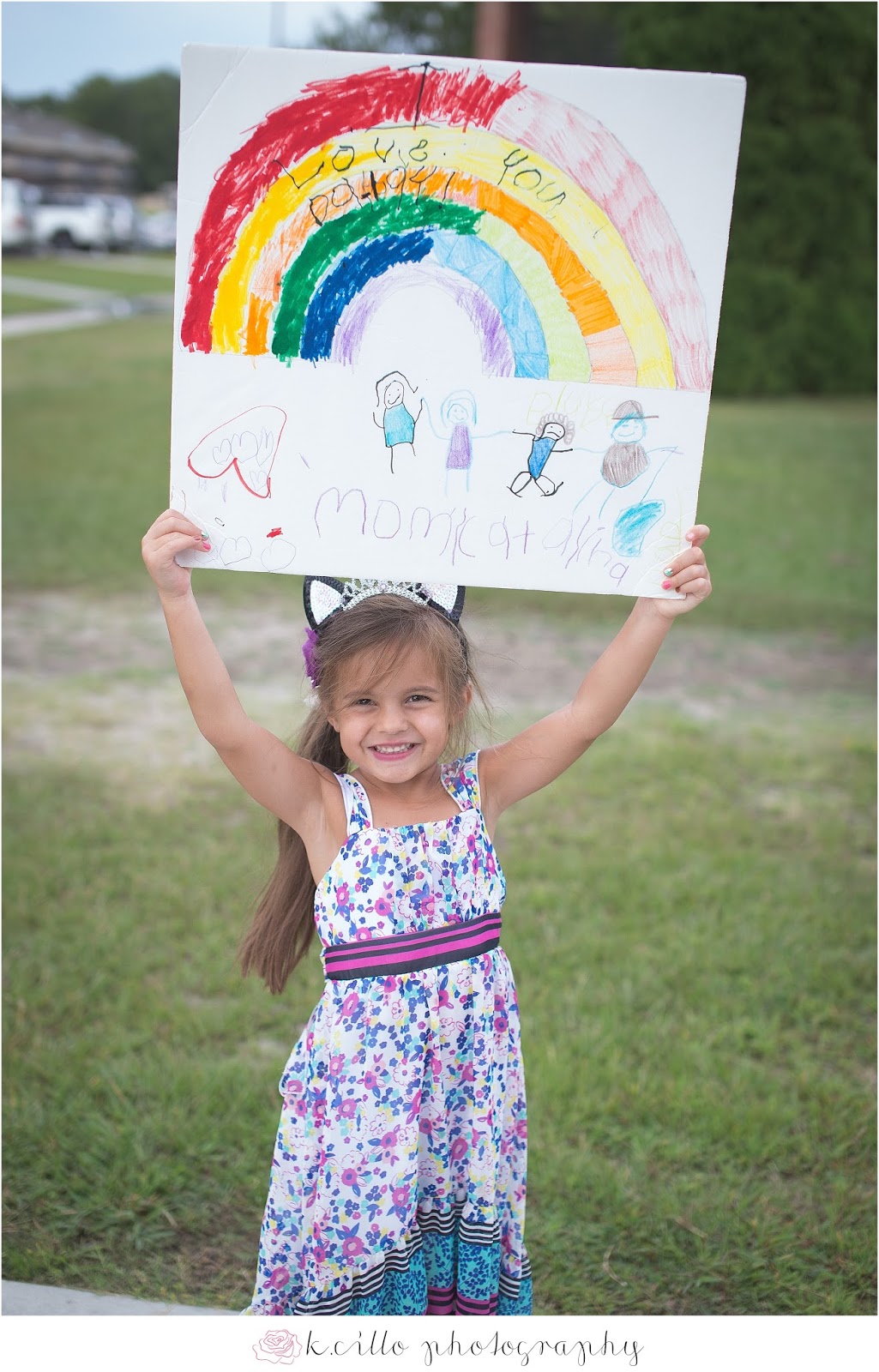 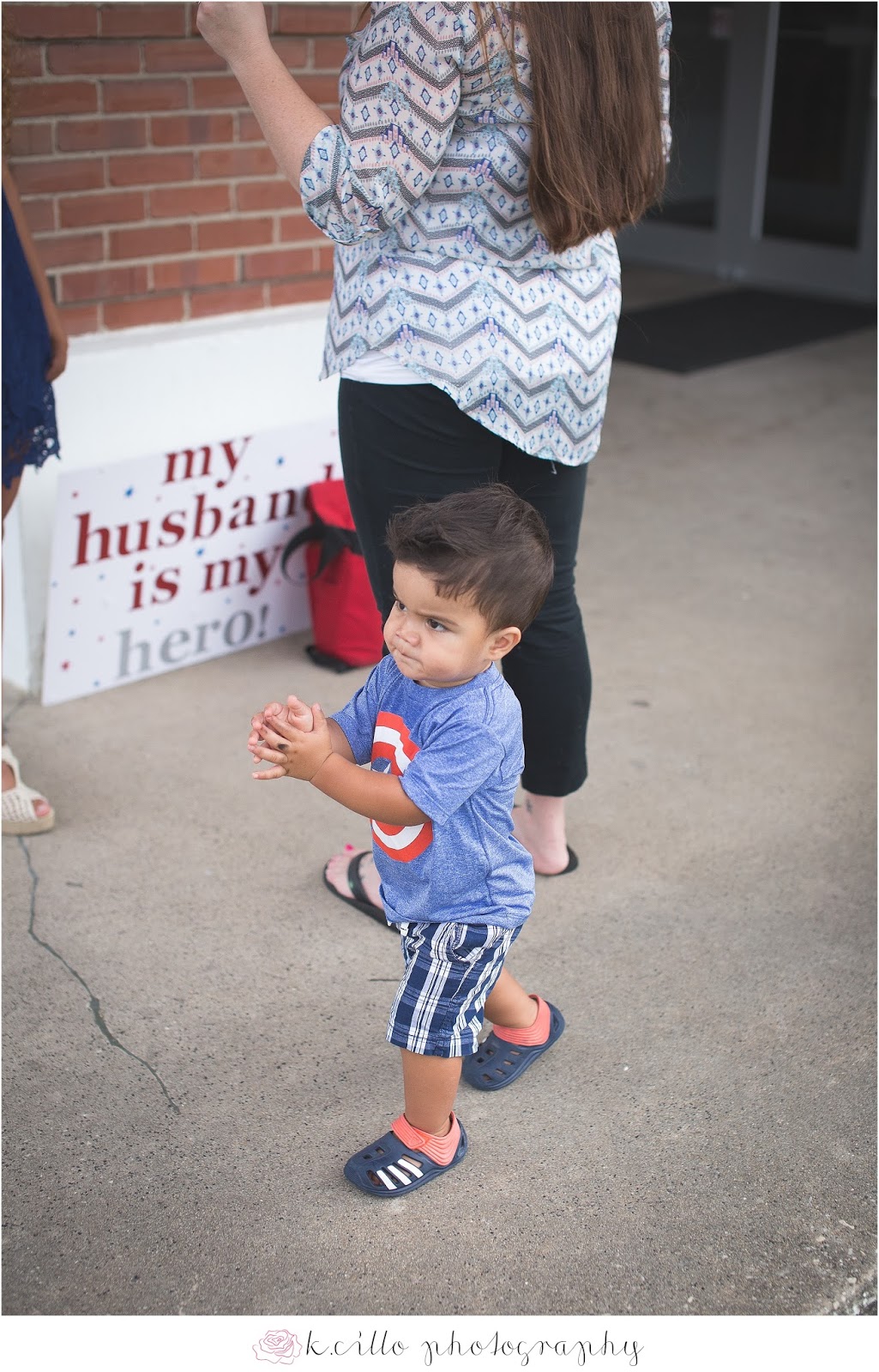 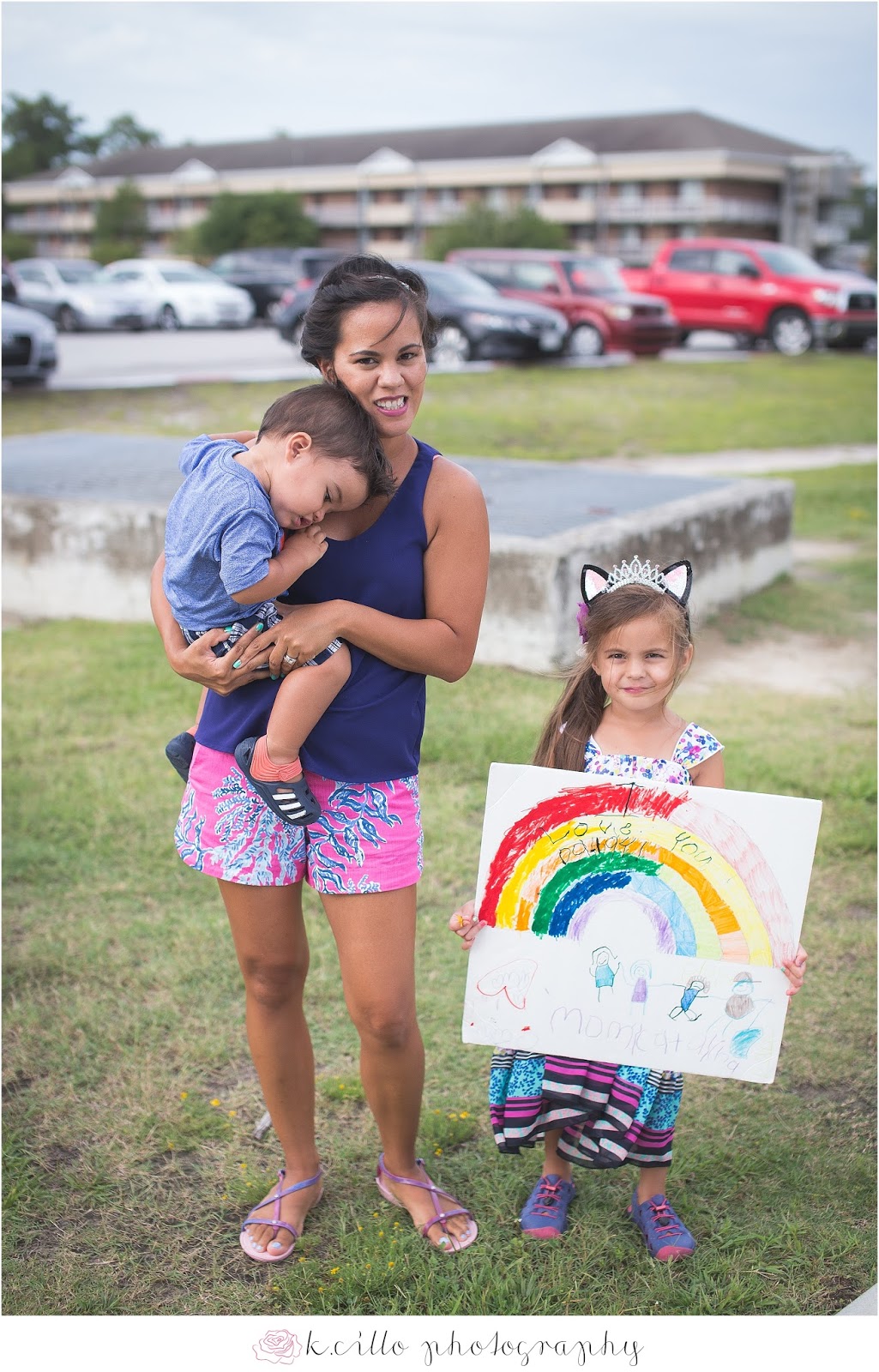 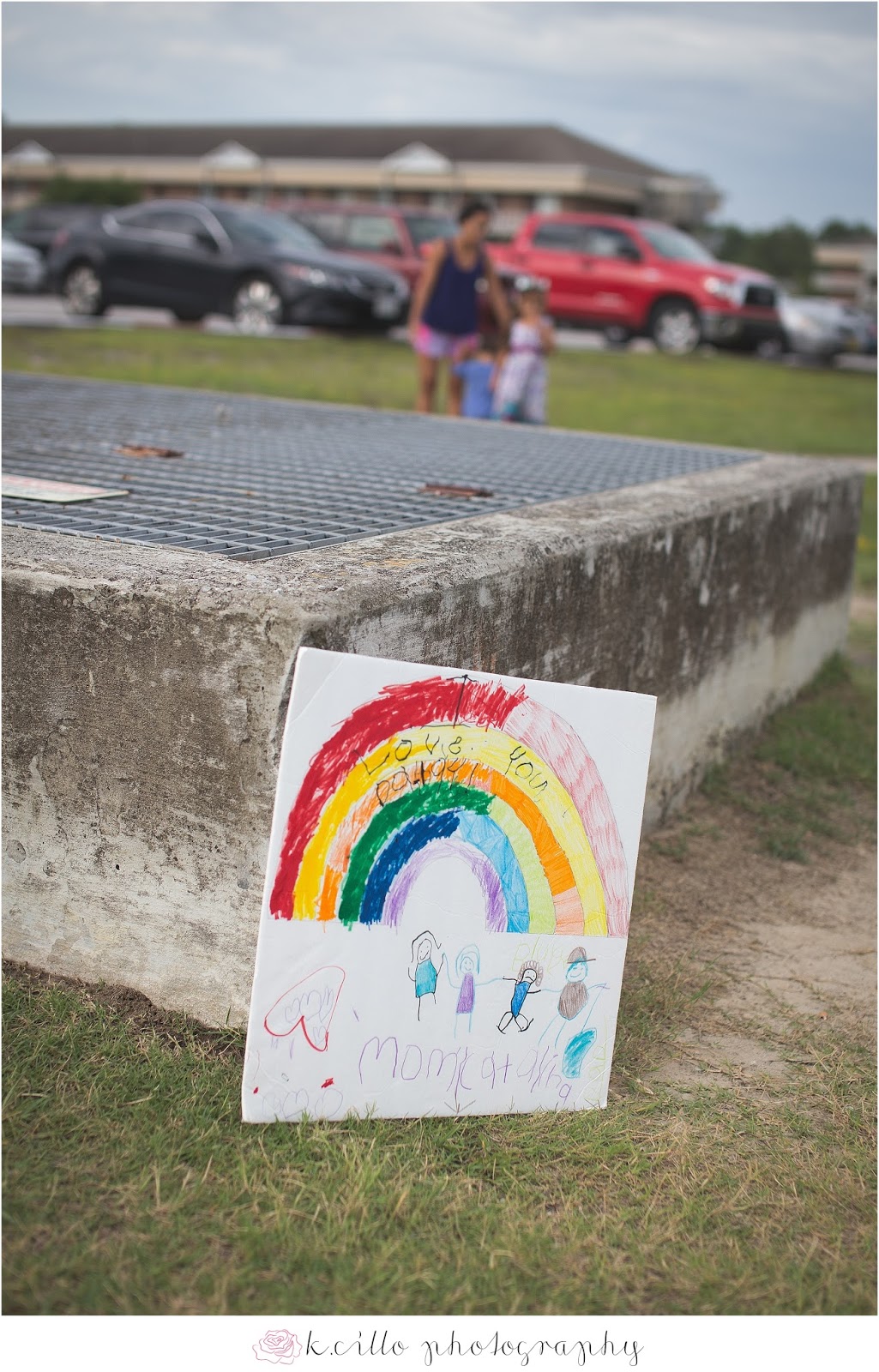 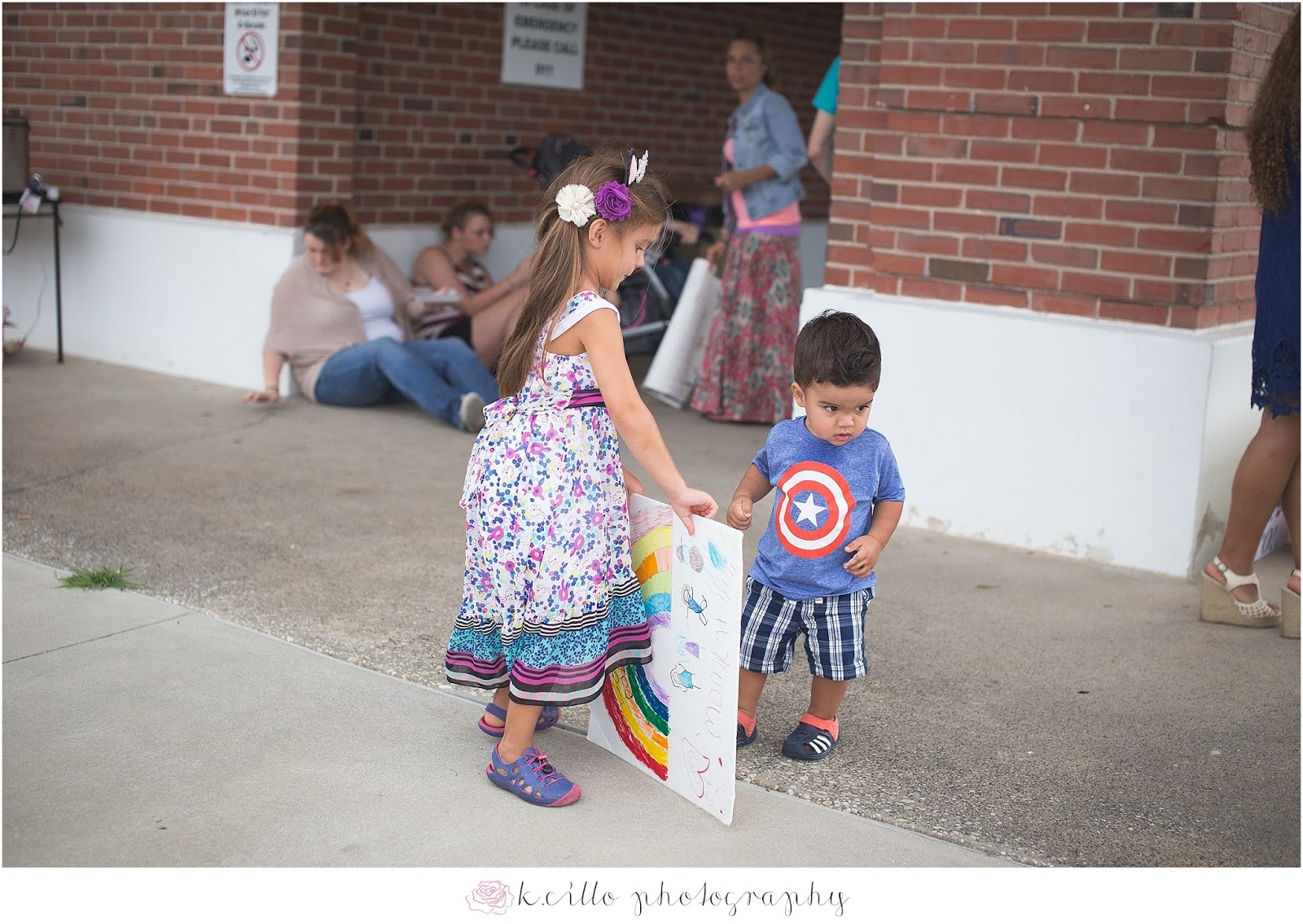 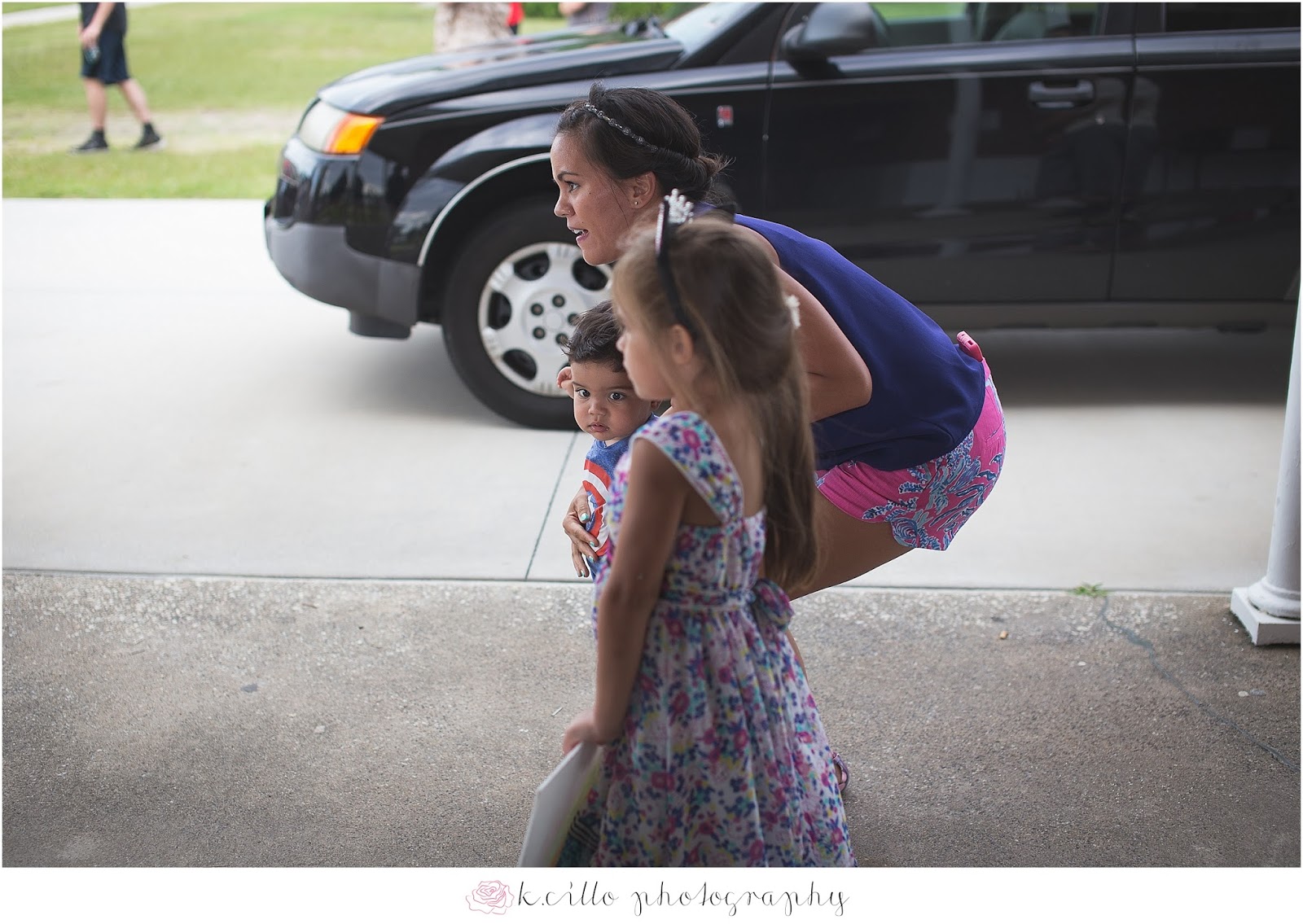 And while everyone was inside waiting, we ended up walking outside and as soon as we did they saw their Marine!! Short, quick and to the point. Hugs for everyone, got the bags and off they went to be a whole family again!

After four deployments, two with littles and this one the first where one of the littles understood, I guess you kind of know what to expect! Mom was just happy to hand off the littles to Dad. Little Miss was beyond excited and one of the first things she said to her daddy was how excited she was for him to take her to Chuck E. Cheese. haha I just giggled because I'm sure she's been waiting for that trip for a while now! Meanwhile, the Little guy was in his own world and just wanted to chew on a water bottle. The dynamics of homecomings will always amaze me!! Welcome home, Marine!! I hope you are all enjoying being together again, and enjoy that trip to Chuck E. Cheese! 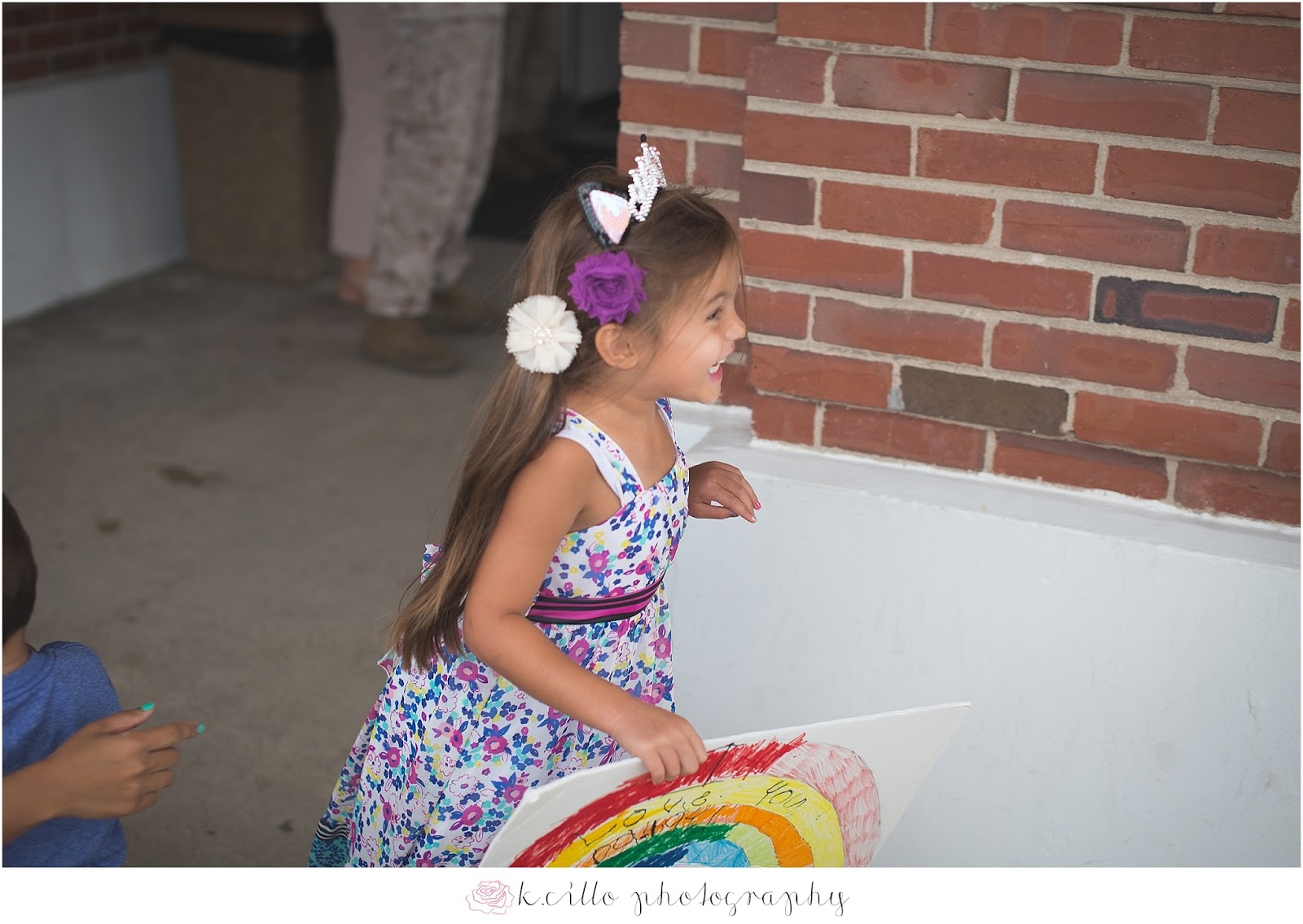 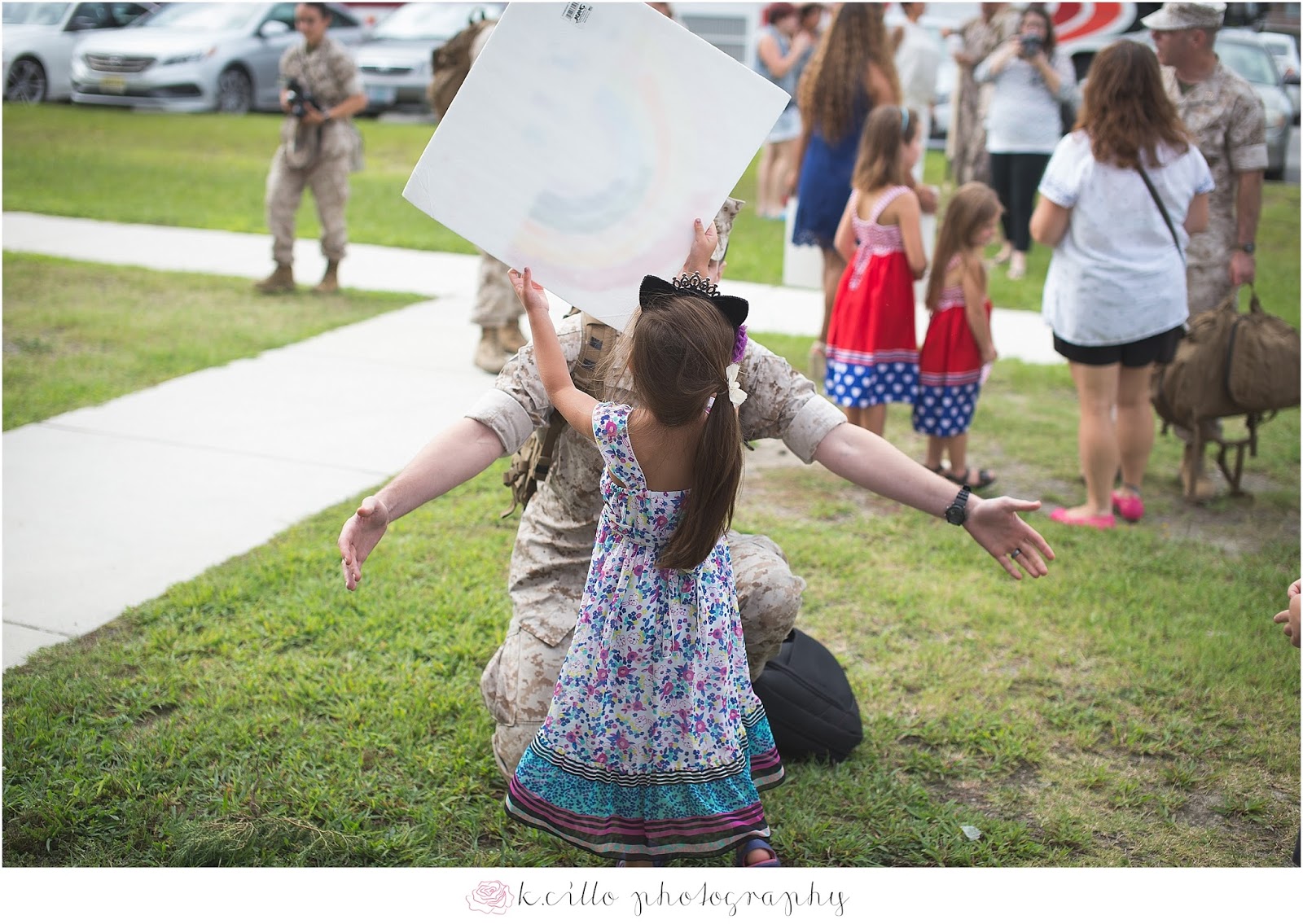 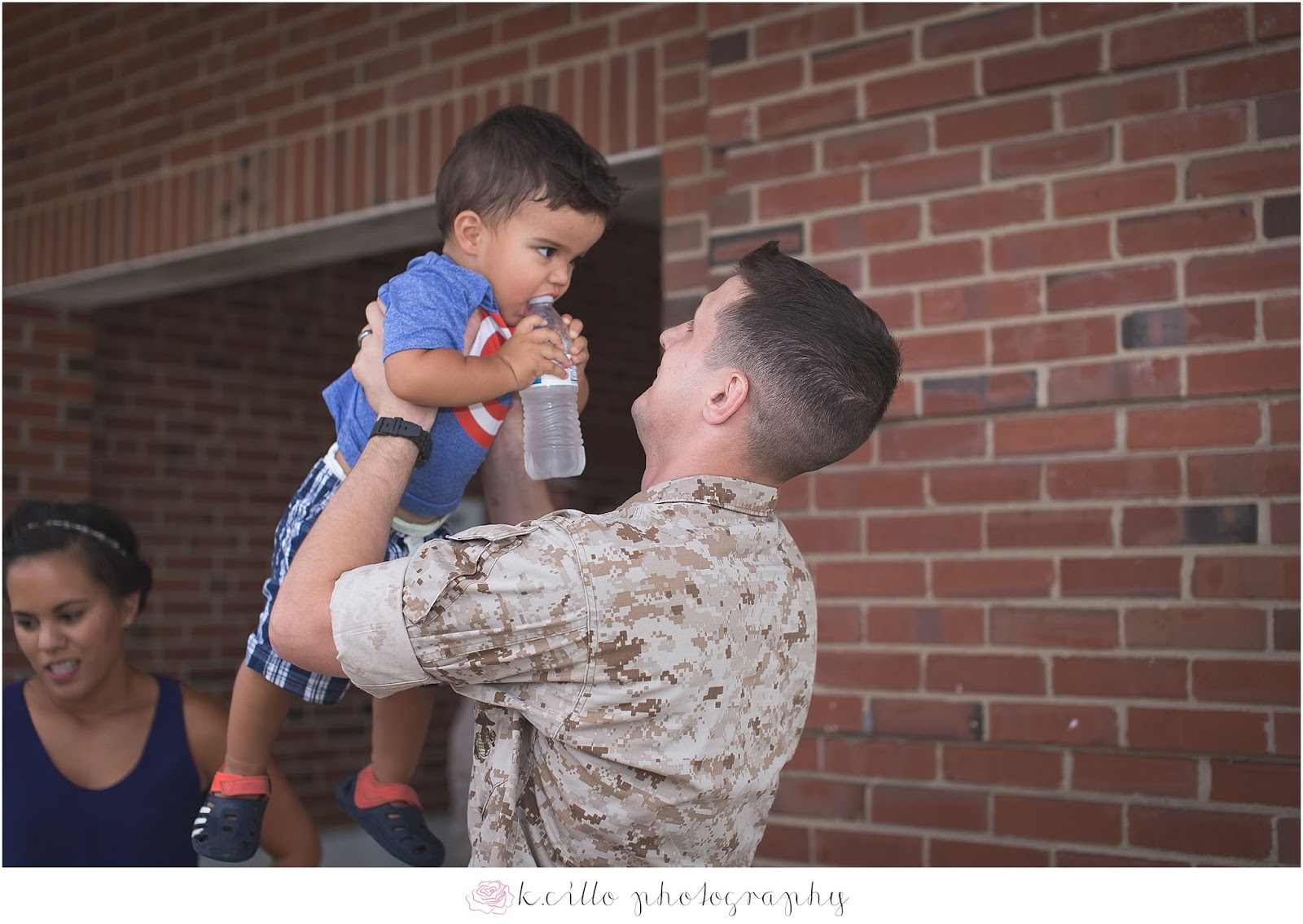 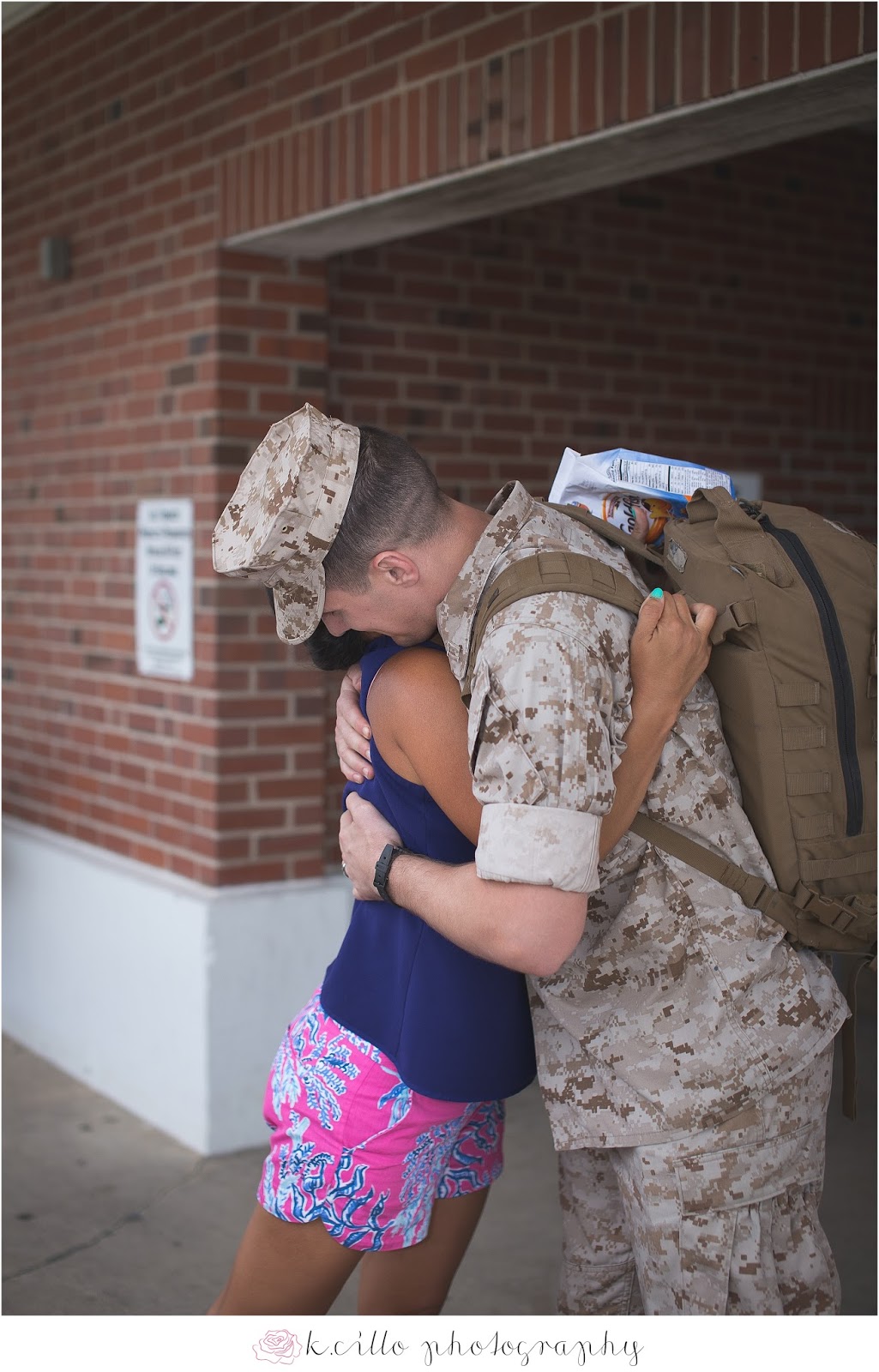 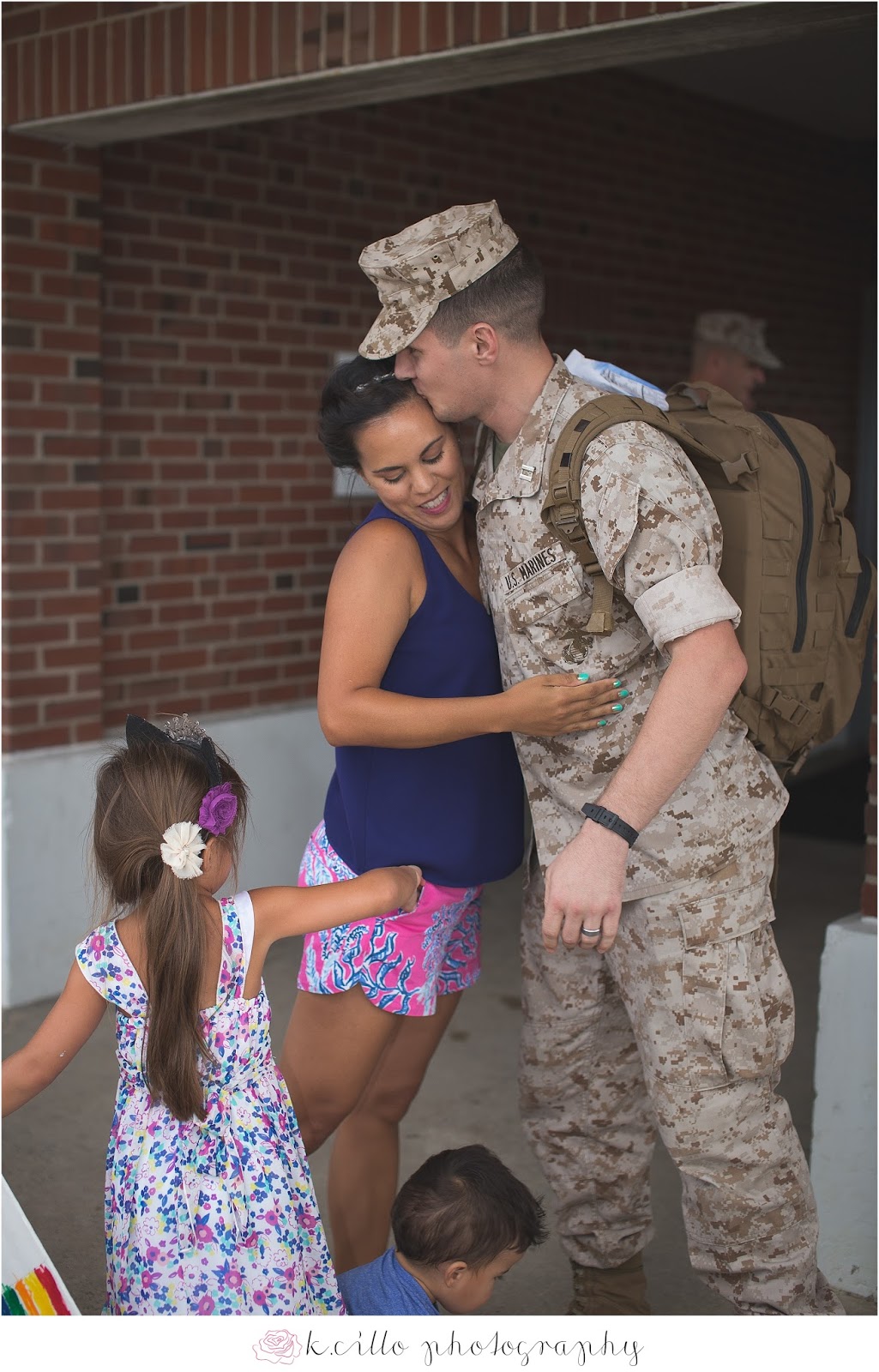 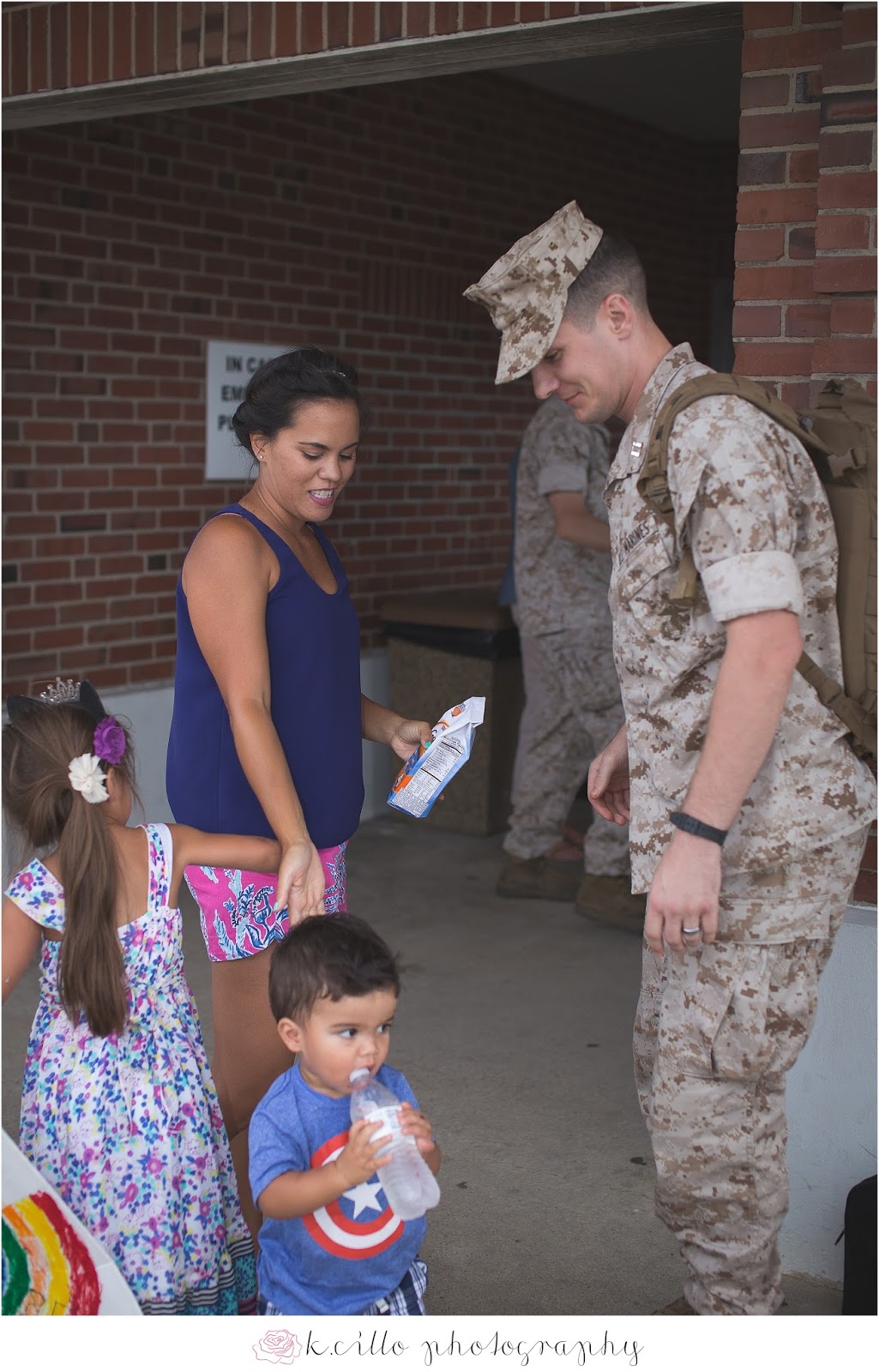 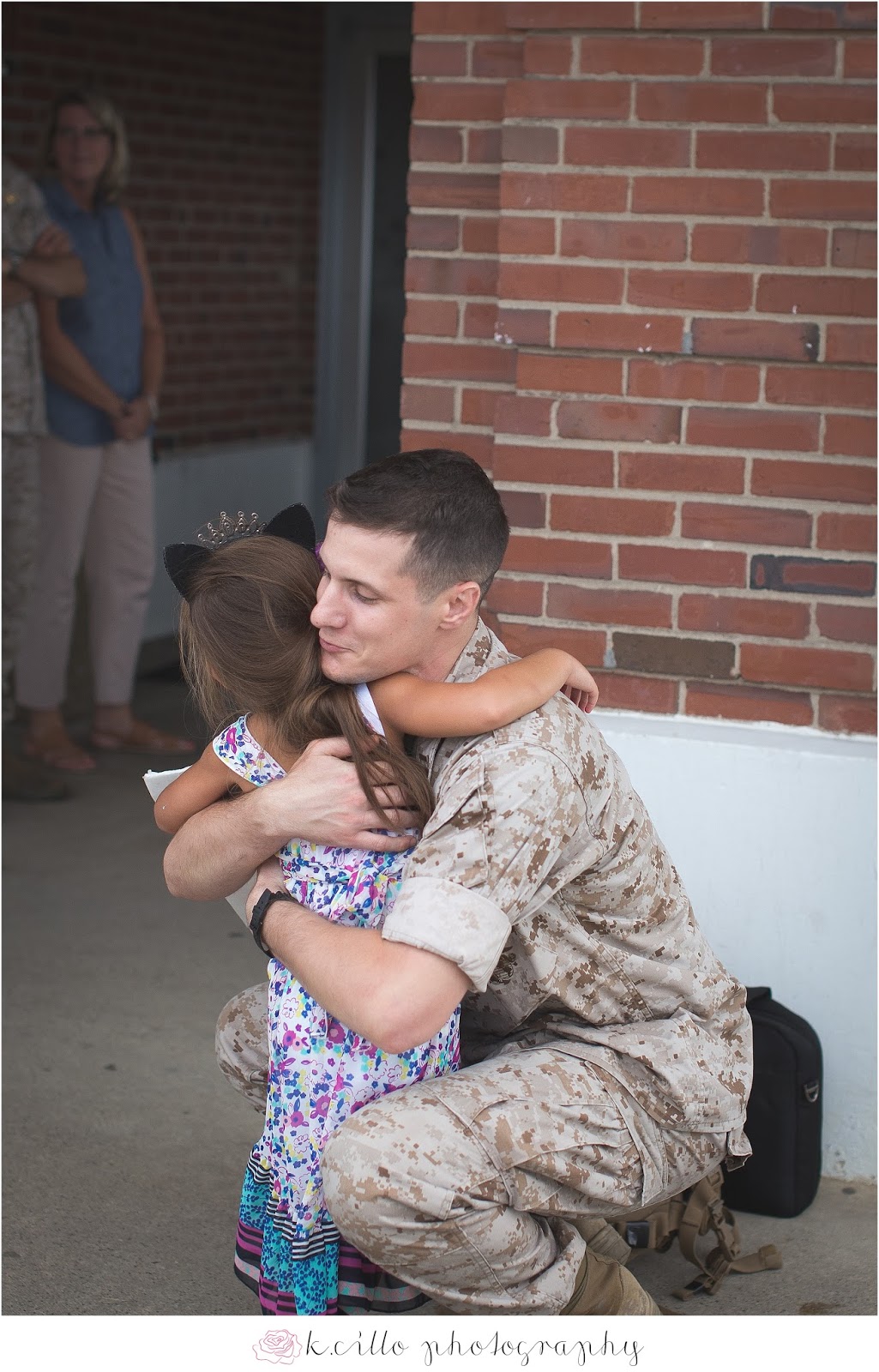 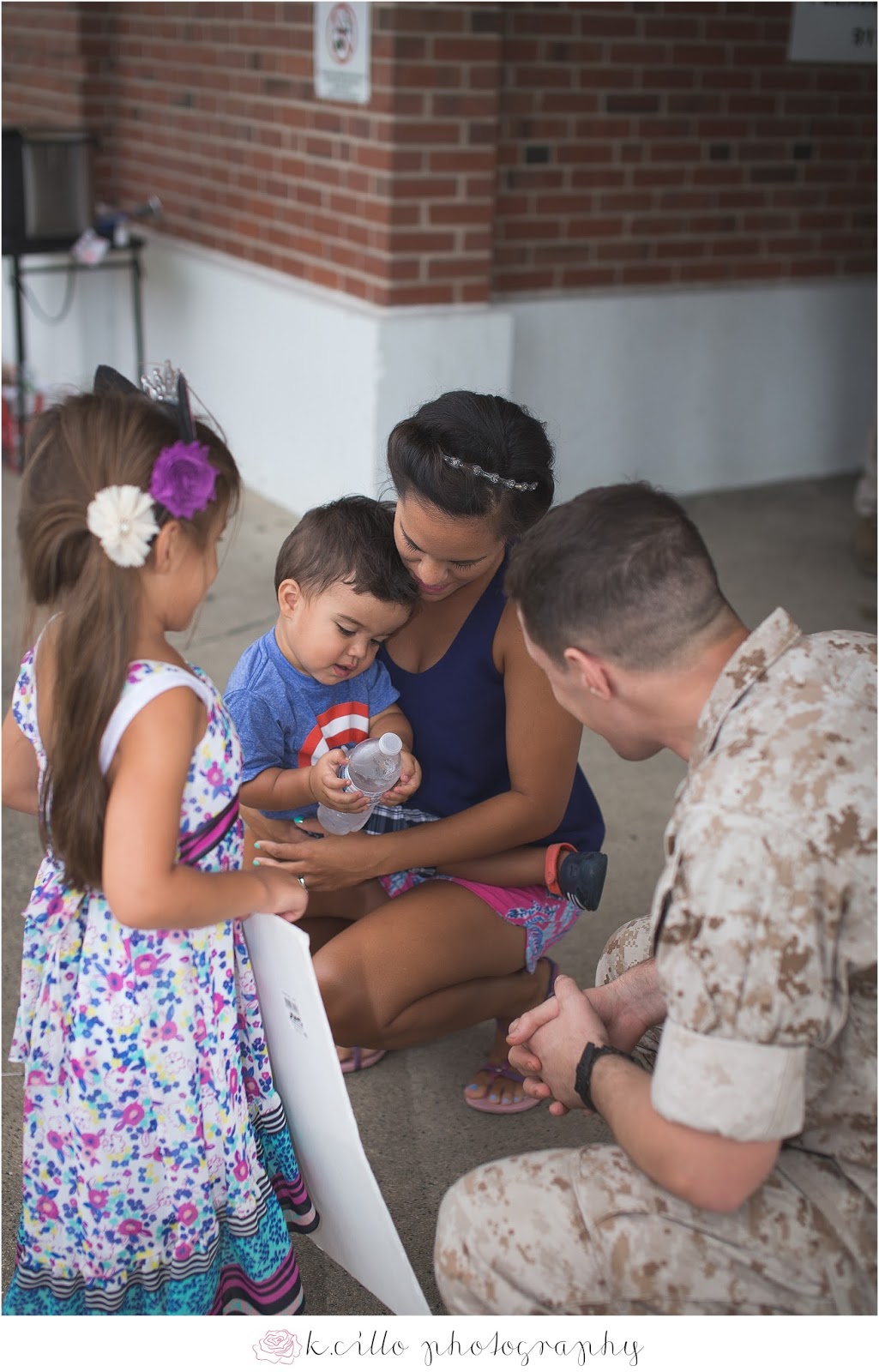 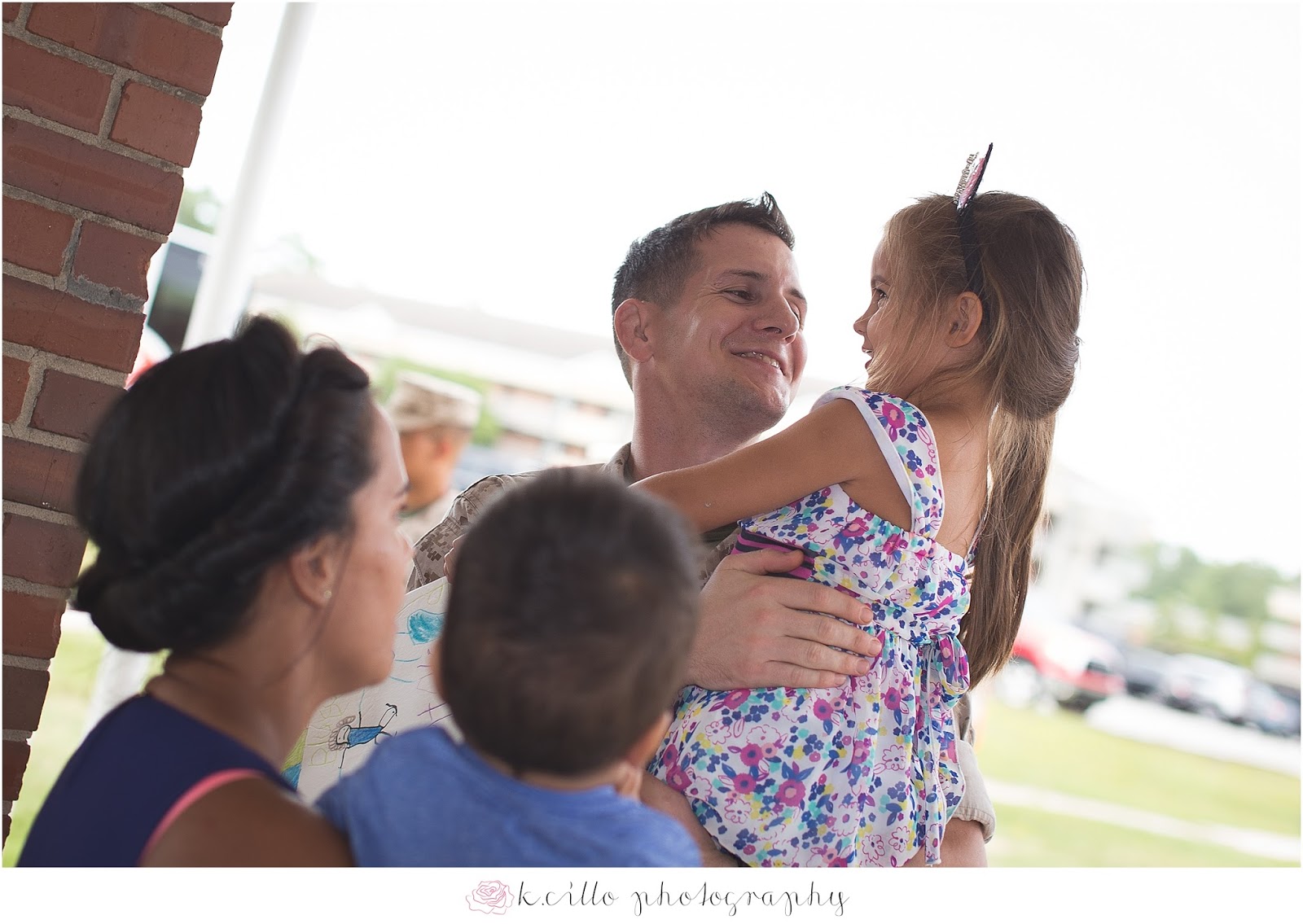 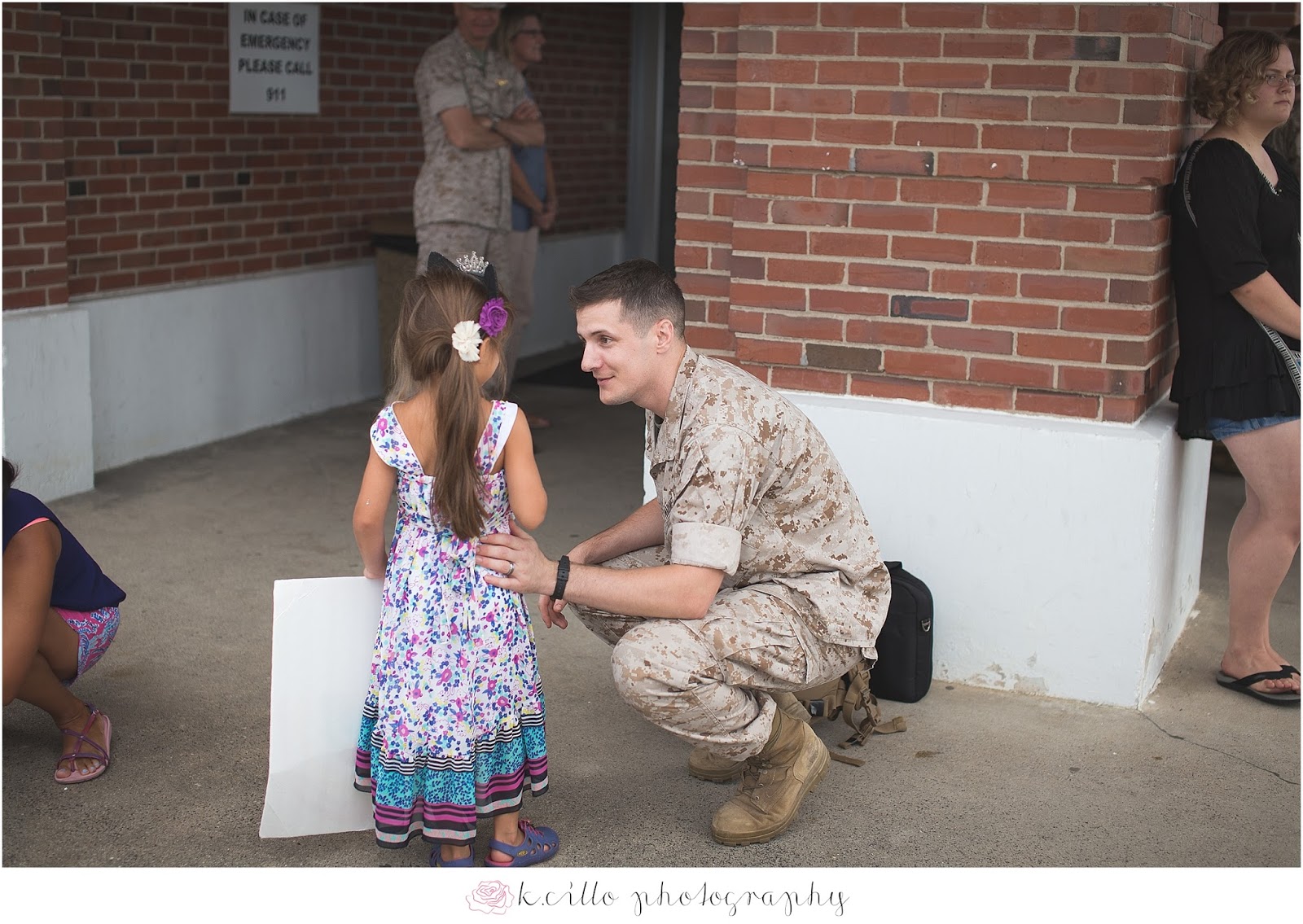 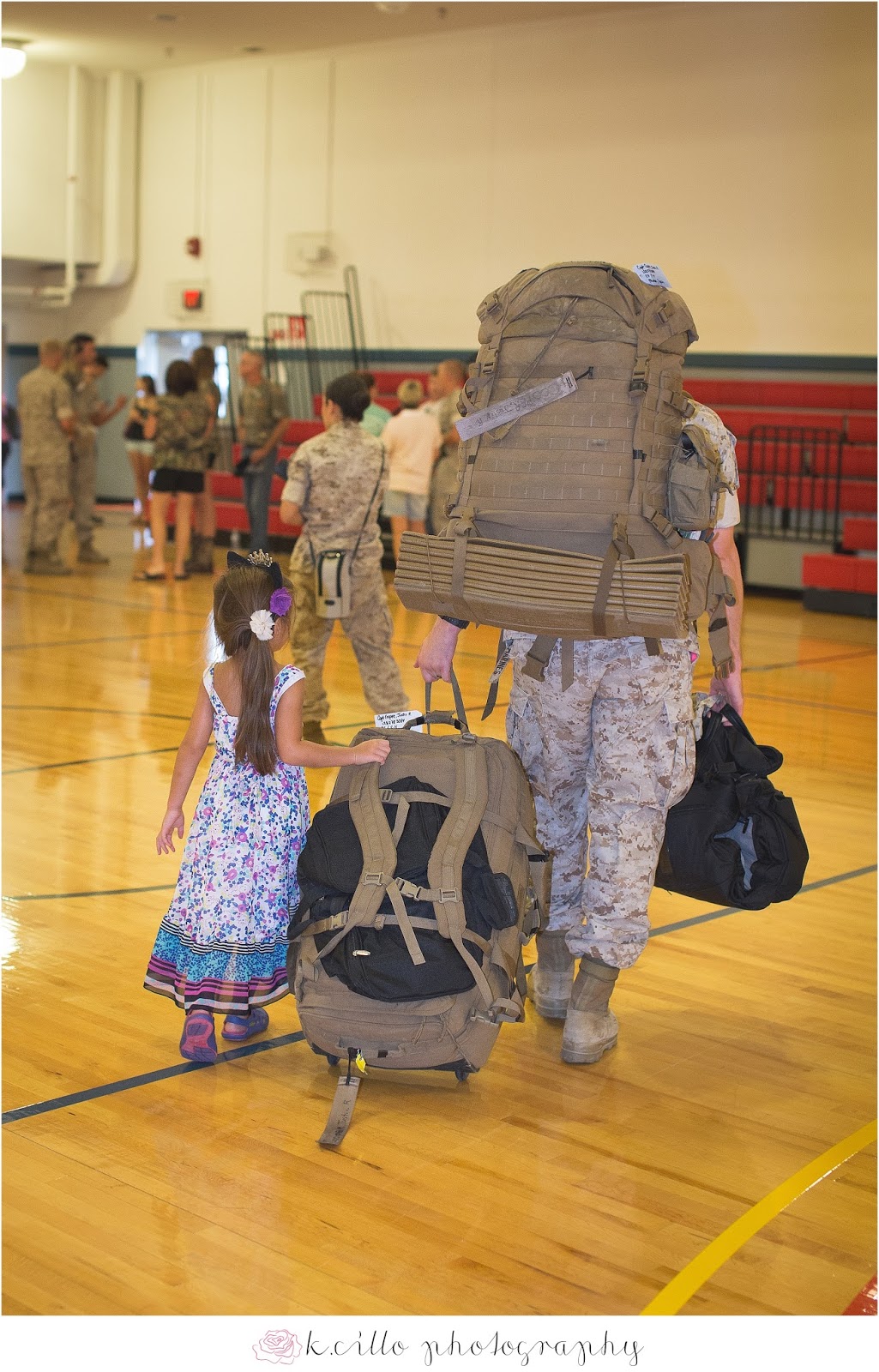 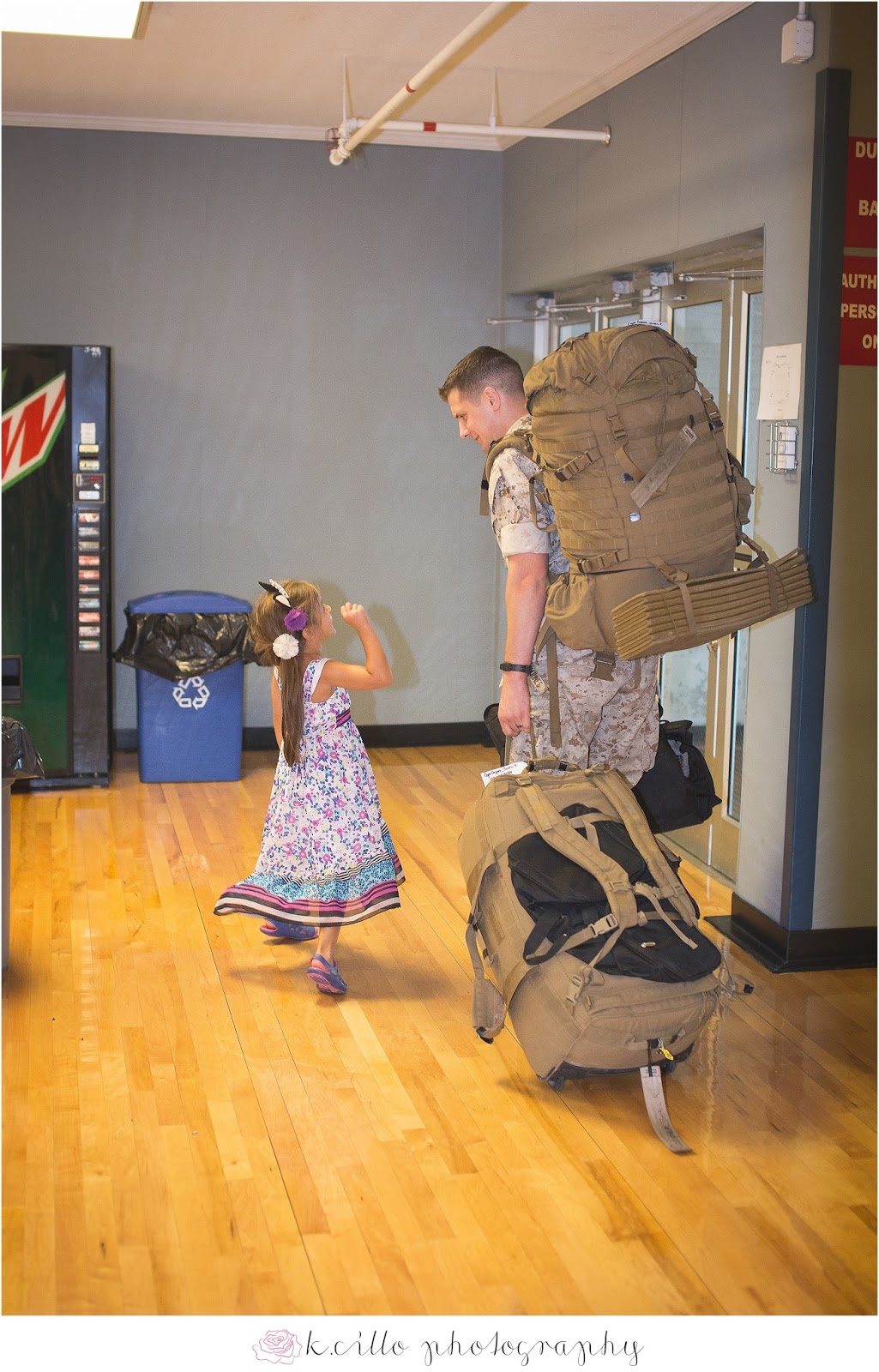 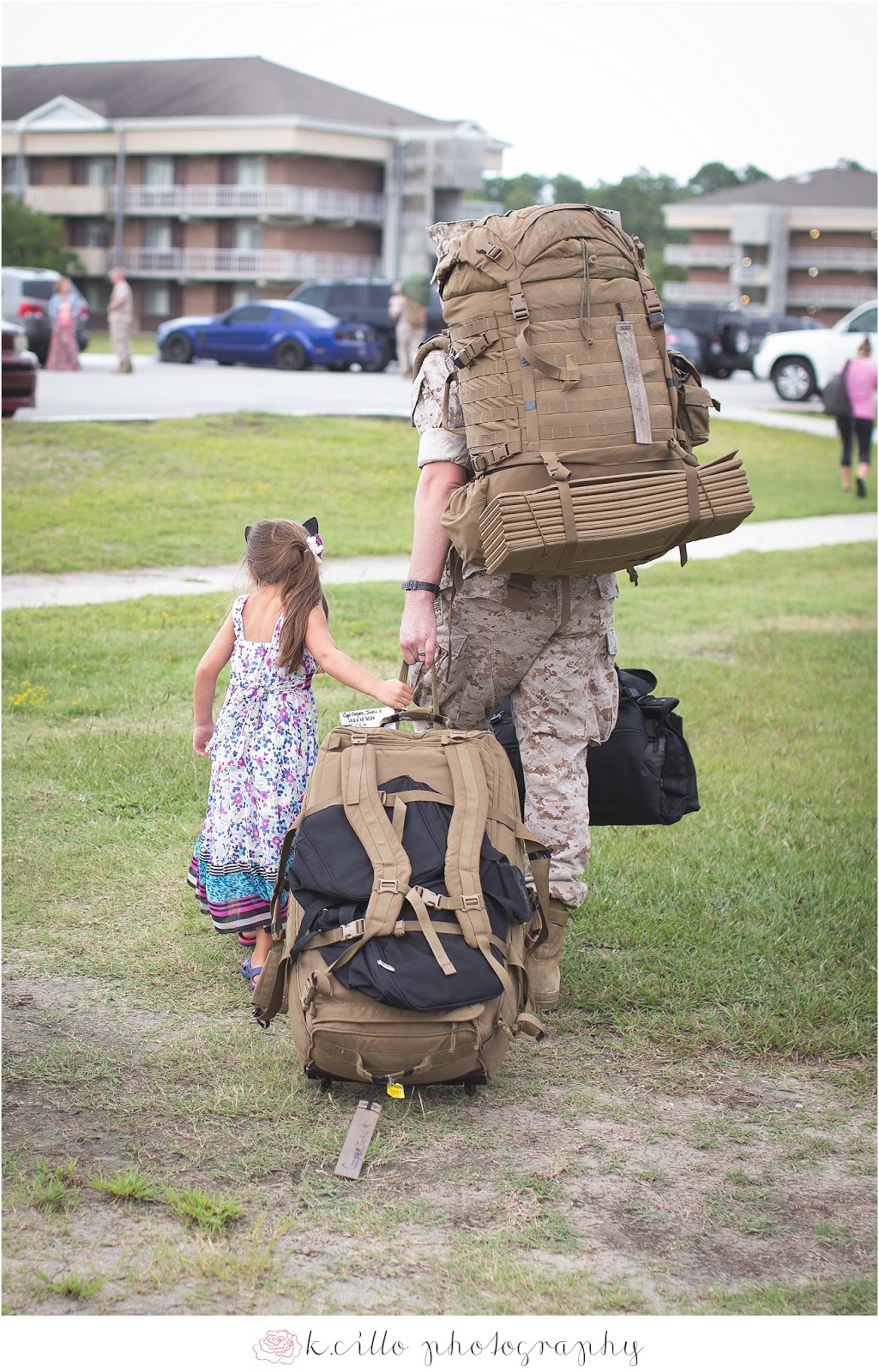